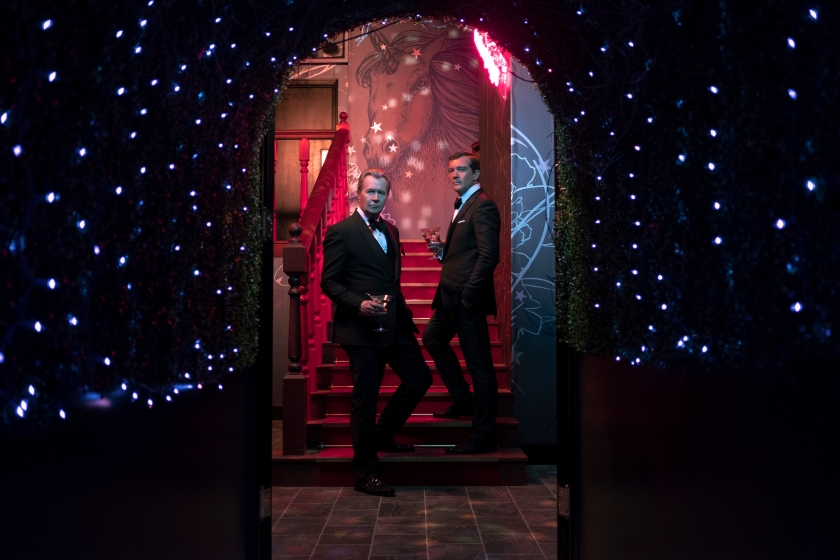 Steven Soderbergh returns on Netflix to show us how shell corporations work.

Jurgen and Ramon are two lawyers who run a shell corporation firm out of Panama. They are our narrators into 3 tales of how their business works.

First up: A woman named Ellen is on a boat trip on Lake George when a rogue wave capsizes the ship and many lives are lost- including her husband’s. She pursues an insurance claim against the boat company only to discover that their Insurance company, was sold to another company, to another company, which was all a series of shell corporations and there was actually no insurance coverage. It was all fraud. Ellen then begins a quest to see who was responsible for all of it.

Next we have the story of Charles, an “honest” (non criminal) Billionaire who is having an affair with his daughter’s best friend. To cover up the infidelity, he pays off the daughter, and his wife, with shares in companies worth millions of dollars. Of course, it was another shell corporation and the shares are actually worthless.

The final story concerns a British man who helps a Chinese family funnel money, using shell corporations, into Europe to escape Chinese scrutiny. He tries to shake down his client, Gu: The wife of a prominent politician, for more money. She is having non of it and poisons him, leaving him dead on the hotel floor. She then tries to report the dead man to the authorities for corruption, thinking that killing him would gain them favor. The plan backfires as she and her husband are both arrested for crimes against the party.

The film ends with the disclosure of the “Panama Papers”, a leak which details the web of crime Jurgen and Ramon were covering up. This leads to the arrest and imprisonment of our narrators for only 3 months. The film ends with Meryl Streep facing the camera and explaining how these corporations are completely legal and presses the need for campaign reform.

Gary Oldman and Antonio Banderas play Jurgen and Ramon. They do a wonderful job of guiding the film, easier to do when Soderbergh is directing you. They play absolute scumbags, but you can’t help but love these actors.

Meryl Streep plays Ellen, and is also in the worst disguise known to man, as Elena- an employee of Ramon and Jurgen. She does a fine job in both roles, and eventually as herself.

The incomparable Jeffrey Wright plays a middle man working for Ramon and Jurgen. One of several small roles filled with great talent. 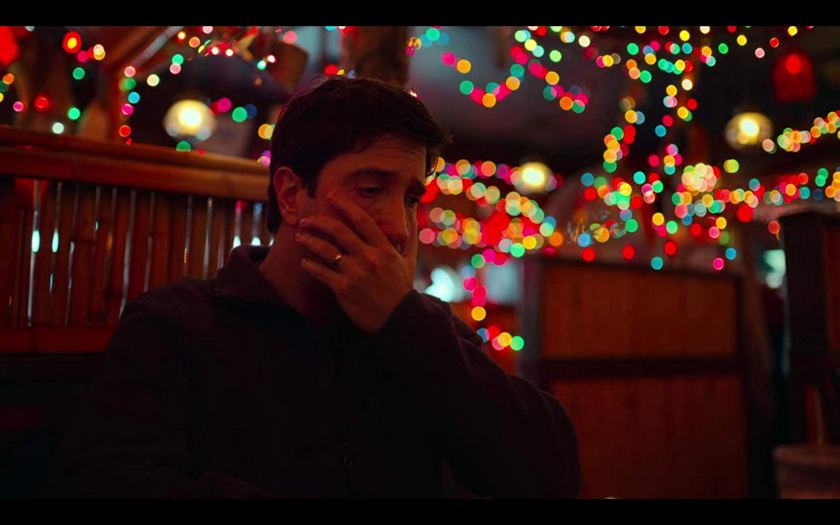 David Schwimmer is an owner of the boat company. He just tried to save money on insurance and got scammed. Small role, well acted. 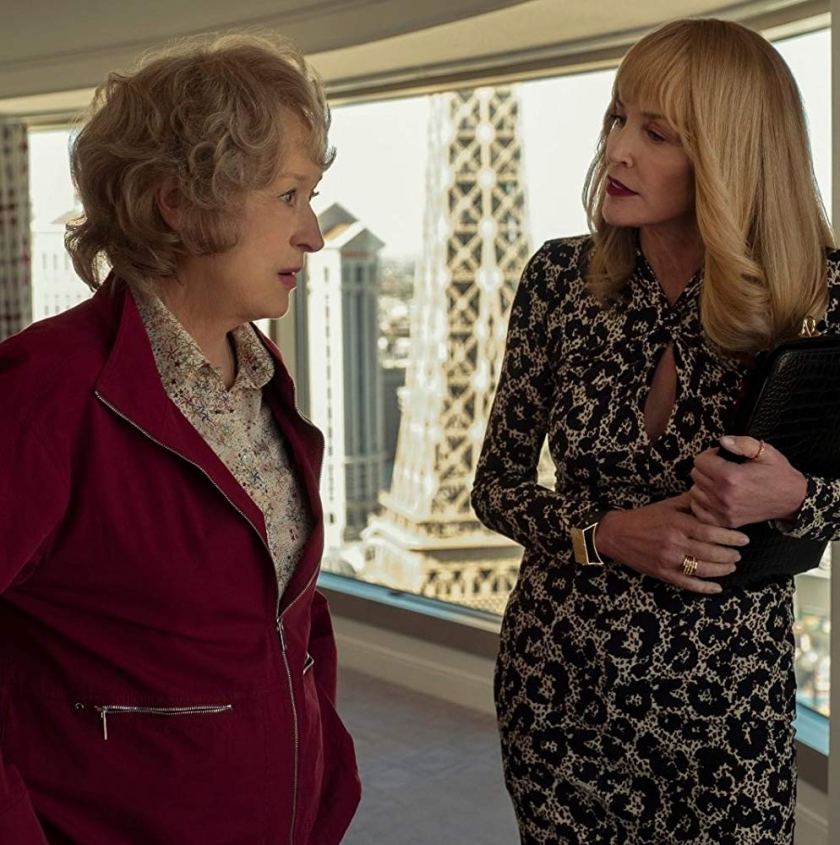 Sharon Stone has a small role as a real estate agent who screws Ellen out of her condo.

Nonso Anozie is great as Charles, the cheating Billionaire. His face when he is finally caught is fantastic.

Keiki O’Brian FINALLY gets her due after being mean to Miles on DS9! Rosalind Chao is Gu, the wife of the Chinese politician/poisoner.

This is a great Soderbergh film with great pacing, wonderful dialgue, excellent performances and STUNNING Cinematography by Soderbergh himself. The final scene, where the actors break character and Streep preaches to the audience about the threats of financial fraud and shell corporations was a bit much. I agree with their views, but the execution left something to be desired. Some finesse would have been prefereable to the blunt object approach. Otherwise, a great film.